“The Carb Sneak”: The Carb Sneak is a strategy developed by VESPA and incorporated into its OFM program as part of the “Strategic Carbohydrates”. Occasionally “sneaking” concentrated carbohydrate foods into your diet under a “blanket” of fat blunts the glycemic load / sharp blood sugar rise without eliciting a large insulin response. Because an OFM athlete is “fat-adapted” their basal insulin levels are low and, generally, insulin sensitivity high so very little insulin is necessary to maintain normal blood sugar and some concentrated forms of carbohydrates can be reintroduced “strategically” into the diet and during exercise/competition for a sustainable boost in performance.

How to: Conceptually carb sneaking is a strategy employed in the diet to “sneak” the carbohydrates in under a blanket of fat …….using fat and protein to blunt the glycemic load of concentrated carbs prior to a big block of training or a competition. This allows the athlete to top off muscle and liver glycogen stores without the downside impacts of a strong insulin response. Carbohydrates can and should comprise 30-40% of the macronutrient profile of meals during the pre-race meal(s).

Because of the wide variation in types of sports/competitions there is no “one size fits all” protocol for “carb sneaking”.  At the same time every athlete is an individual and so are their environmental variables so bear in mind that you need to be open to playing with and experimenting with the re-introduction of higher carbohydrates into your diet to find what works best for you. To help the athlete accomplish their personal carb sneak protocol here are few potential strategies depending upon the sport or competition an athlete is participating in.

Higher Intensity Sports: For higher intensity sports/competitions and training we suggest the athlete utilize more carbohydrates in their daily diet through the carb sneak. Always try to consume fats or oils with some protein source from whole naturally-occurring food sources to begin a meal with a moderate portion of a concentrated carbohydrate source and fat/oil. This has a strong effect of blunting the glycemic load and thus maintaining low basal insulin levels and high insulin sensitivity. This pattern of eating can be implemented 2-3 days before a competition and before/during high blocks of training. Now a key component of carb sneaking when performing higher intensity sports is to program in days during the recovery phase of training where the carbohydrate content of the meals is kept low. In real world terms this means avoiding concentrated forms of carbohydrates like potatoes, sweet potatoes, starchy squashes, rice, other grains, quinoa, high glycemic fruits (bananas, pineapples, mangos) etc. but does offer a plethora of vegetable and fruits (avocados, tomatoes) along with fresh meat, eggs, poultry, fish with fat.

Endurance Sports: For athletes training for and competing in sports in which competitions last more than 1.5 hours the carb sneak is performed 1-2 days out and NOT with every meal. A lot depends upon the athlete’s metabolism whether they can begin to re-introduce some carbs back in 1-2 days prior to an event or big block of training. Many people can begin 2 days out and also have their higher protein/fat meals 2 days prior to an event with a light meal the evening before consisting of lower protein, moderate fat and raising the carbohydrate profile to approximately 40% of the meal…..in real world terms this would looks like having a dinner meal 2 days out that had a larger protein/fat meal (steak, salmon, chicken/duck) with some steamed vegetables and a small portion of starch covered in butter or a cream sauce etc. Pre-race would look like a small portion of protein with plenty of fat and a larger portion of carbohydrates under a blanket of fat. High fiber vegetables, particularly uncooked should be avoided the night before a competition. Some athletes will respond more favorably by having that medium rare steak the night before a race, while others 2 nights out for optimal heme iron uptake.

The windows of concentrated carbohydrates restriction are much wider compared to high intensity sports, but, once fat-adapted, this actually becomes very easy for athletes to achieve because the risk of being thrown out of metabolic fat-adaptation back into carbohydrate dependency are significantly less.

Ultra-Endurance Sports: Since Ultra-Endurance Sports require huge caloric demands but are sub-maximal in nature even during competition the competitive edge of OFM is less in “Strategic Carbohydrates” and more toward “Fat-Adaptation” and achieving/maintaining the athlete’s “fatmax” during large training loads and/or competitions. This does not eliminate the carb sneak entirely because some carbohydrates are necessary, especially in the latter stages of ultra-endurance competitions so it makes sense to bring some carbohydrates back into the diet prior. Depending upon the athlete what has worked well is to wait until the day prior to a competition to sneak carbs back in and utilize more fat to really blunt the glycemic load and provide added fat calories.

What this looks like can be a medium rare, well marbled steak along with steamed vegetables with butter and salt & pepper, and a medium baked potato buried in butter, sour cream and salt (coconut oil, MCT oil etc. also work fine). Steak and eggs with potatoes & sour cream are a good breakfast option the day before too.

The morning of an ultra-endurance competition we suggest hot coffee or tea with heavy cream and a teaspoon of a natural carbohydrate based sweetener including sugar, honey, agave syrup, maple syrup. The hot liquid beverage, particularly a non-caffeinated one, pre-emulsifies the fat from the cream, butter, MCT or coconut oil so the fat calories are easily absorbed and help blunt the glycemic load of the sugar. This can be taken as close to 1 hour prior to the start.

A light meal of solid food carb sneak can be ingested 15.-3 hours prior to start but we do suggest it is kept light and balanced with both fat and carbohydrates with minimal protein.

So, why “Carb Sneak” instead of “Carb Load”? . . . the conventional wisdom is to “Carb Load” before competition or training and this has become a “must-do or bonk” ritual. For most people, the physiology of Carb Loading forces the body to become almost entirely dependent upon glycogen stores and exogenous intake of carbohydrates.

How does this work? When an athlete consumes large amounts of “naked” carbohydrates without sufficient fat and protein to slow the sharp blood sugar rise the pancreas has to saturate the bloodstream with insulin to drive down blood sugar via a number of physiological pathways. One indirect way insulin signals the cells to drive blood sugar down is by sharply inhibiting fat metabolism via beta-oxidation and ketosis….effectively shutting down the body’s ability to burn fat thus making the body almost entirely dependent upon glycogen stores and exogenous intake of carbohydrates for glucose. As every marathoner knows glycogen stores can be depleted in 2-3 hours with the ensuing bonk (hitting the wall).

Couple this “tradition” with a daily high carb, low fat diet and marathon training insulin levels tend to be elevated to levels where the belief that the athletes needs carbohydrates for exercise is a self-fulfilling prophecy because, physiologically speaking, the athlete is almost entirely dependent upon glycogen and exogenous intake of carbohydrates for their energy. While endurance training does develop fat burning metabolic pathways they are not optimized and, on race day, sharply down-regulated by the insulin saturation of the carb load. This is an obvious disconnect in the marathon community and other endurance sports. 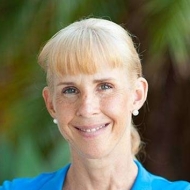