Oxygen Treatment May Help Some With Spinal Cord Injuries

After the low-oxygen treatment, people with less severe spinal cord injuries were able to walk approximately 33 feet about four seconds faster than those on a placebo treatment. They also were able to increase the distance they could walk in six minutes by about 328 feet.

“The rehabilitation world after a spinal cord injury can be frustrating and limited,” said study author Randy Trumbower, an assistant professor in the division of physical therapy at the Emory University School of Medicine in Atlanta. “After the first year, it’s a lifelong journey to overcome their diagnosis. Someone may be able to cross the street right now, but can they do it in enough time? Or someone might be able to get to the grocery store, but do they have the endurance to shop?”

“We wanted to find a treatment that could provide incremental changes for those with incomplete spinal cord injuries to allow them to do these things,” Trumbower said.

Results of the study were published online Nov. 27 in the journal Neurology.

Almost two-thirds of spinal cord injuries are what is known as incomplete, according to background information in the study. This means some nerve connections are still intact. They may not function as they used to, but they are not completely severed.

Because some connections remain, someone with an incomplete spinal injury may still be able to walk, but not in the same way they could before the injury. People with incomplete injuries often have to rely on canes, braces and wheelchairs to get around.

Previous research in animals has shown that brief exposure to low levels of oxygen can help the animals walk better, Trumbower said. The oxygen treatment causes a number of changes, such as a release of serotonin, a brain chemical that helps transmit messages from one nerve cell to another.

Low oxygen levels also cause the release of a growth factor that’s known to help repair nerves and improve their plasticity, said Dr. Michael Fehlings, the co-author of an editorial accompanying the study.

The current study was designed to see if brief periods of low oxygen could induce these types of reactions in humans.

Nineteen people with incomplete spinal cord injuries participated in the study. Everyone could walk at least one step without assistance from another person.

The volunteers were placed into one of two groups. One group would receive the intermittent low-oxygen treatment and the other would receive a sham treatment. Two weeks later, the groups switched treatments.

People who got the oxygen treatment improved their walking speed by 3.8 seconds over 33 feet compared to those given the placebo treatment. They also were able to walk about 328 feet farther in a period of six minutes than those who were treated with the sham treatment.

“[Low-oxygen treatment] may be strengthening the connections or improving how the connections behave,” Trumbower said. “The effect of coupling hypoxia with traditional healing techniques was greater than each of its individual parts. Combining the therapies seems to amplify the effects of a single intervention.”

“[This was] a small but well-designed [study] that showed people with a relatively mild form of spinal cord injury can have some recovery with [low-oxygen treatment],” said Fehlings, a professor of neurosurgery at the University of Toronto. “But there’s still a lot of work to be done. How long will these effects last? Will the treatment need to be constantly administered? Would that cause toxicity?”

Fehlings said this study also doesn’t address whether people with more severe injuries could benefit from this type of therapy. 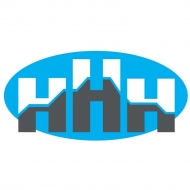